Energy and the environment

In general, the avoidance of environmentally harmful substances in the materials used for the lamps and luminaires and the production processes involved and proper disposal at the end of service life help minimise the environmental impacts.

Lighting accounts for 19 percent of all electricity generated worldwide and 16 percent in the European Union. 80 percent of the total is industrial and office lighting, retail lighting and street lighting, etc., with private households responsible for the remaining 20 percent.

Poor lighting wastes about a third of the energy consumed, because a proportion of the light does not fall where it is needed. In this context it is estimated that street lighting wastes around five billion kWh per year across the EU. In Austria, about 100 million kWh per year could be saved with the use of more effective lighting – and 15 million euros (at 0.15 euros per kWh) and 6100 tons of CO2 (at 61 grams of CO2 emissions per kWh).

By retrofitting old lighting installations with new technologies such as LED lamps, significant savings – up to two thirds of electricity consumption – can also be made.

Energy-efficient LED street lights can further reduce energy consumption, namely up to 85 percent, through the use of smart control systems or the relatively simple solution of night-time dimming. 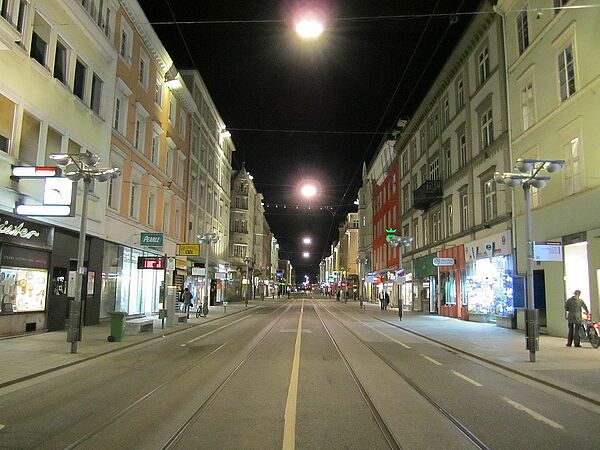 At Christmas about three to five percent more electricity is consumed for decorative lighting, even though energy-saving LEDs are now mainly used. Fairy lights, twinkling stars and so on consume more electricity than 10,000 Austrian households in a whole year. Between five and eight million euros is spent on Christmas illuminations.

The cold- and warm-white LED dilemma:

In the case of LEDs, there is a conflict between maximum energy efficiency and the low colour temperature desired for aesthetic, health and ecological reasons. At least, that is the situation today, although progress in innovation and research is reducing the discrepancies.

For “general service” applications, white light is generated by modifying the blue light produced by the LEDs with the help of a conversion layer. The composition and thickness of this layer are decisive for the light colour. With this technology, the neutral and cold white LEDs (with high colour temperatures) require up to 10 percent less energy for the same lumen package than their warm white counterparts (with low colour temperatures).

The attraction of these new lighting options is intensified by the fact that more and more light is now being generated for the same energy consumption.

LED technology has many advantages in terms of targeted light control, dimming and energy efficiency. But there is a danger that its efficiency will encourage the wasteful and environmentally harmful use of light.

The life cycle assessment involves analysis of the environmental impacts of a product. Production, packaging, transport, uptime and recycling must be taken into account in order to produce a complete life cycle assessment. A critical approach to the data and figures published is always a good thing, and it should also be borne in mind that some aspects are not taken into account - such as the effects of light pollution during the service life of the lamps.

Studies show that the operating phase of the lamp is particularly important in the overall assessment, i.e. power consumption during use. This is justified by the higher level of energy consumption during operation compared to production on the one hand and by the high percentage of fossil fuels relevant to climate change and environmental pollution that are used to generate the electricity on the other.

A comparative study showed that induction lamps (special type of fluorescent lamp) and LEDs have a poorer life cycle assessment than high-pressure sodium vapour lamps and metal halide lamps due to the higher inputs of energy and chemicals during manufacture. But low power consumption in the operating phase ultimately produced a better assessment for the induction lamps and LEDs. 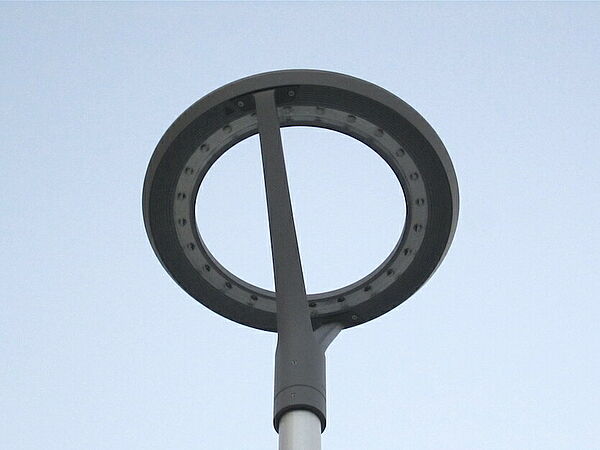 In order to avoid wasting resources, it makes sense to switch to new technologies at the end of the service life of the old lighting installations. When purchasing luminaires, it is also important to ensure that the lamps and other components can be replaced. Equal importance must be attached to the long-term availability of spare parts and ease of repair and maintenance.

Proper disposal of all lamps:

LEDs contain hardly any heavy metals and no mercury, but they do contain electronic components and rare earths. They must be disposed of as electronic waste (like televisions, computers, etc.).

Studies have been conducted to examine LEDs for their constituents. They contain several hazardous and environmentally harmful substances (e.g. lead, indium and gallium as compounds) or such substances are used in the production process (e.g. arsenic, phosphides). Due to the high concentrations involved, they represent a hazard during production and recycling especially.

Depending on the type of energy source and production process involved, power generation also produces wastes that are harmful to the environment and human health. For example, carbon dioxide and heavy metals (e.g. mercury) are emitted by coal-fired power stations, and radioactive waste is produced in nuclear power plants.

Thus CO2 and heavy metal emissions as well as radioactive waste are continuously generated indirectly in the production, operation and disposal of all products needed to produce light.