The history of artificial light

For a long time, natural light from the sun, moon, stars and fire was the only source of light at night. Prehistoric man learnt to make fire and use it for his own ends.

Torches, candles and lamps with liquid fuels like oil lamps were used until the 19th century. The smell was unpleasant, and the naked flame dangerous.

Meanwhile, the increasing use of artificial lighting is making the nights brighter and brighter. Light no longer only serves people's needs for safety and security. It is used as a matter of course and without restrictions, including for advertising purposes, traffic, construction sites and leisure facilities. 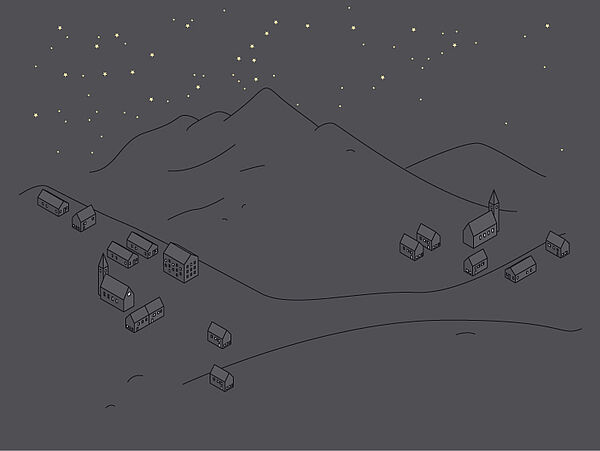 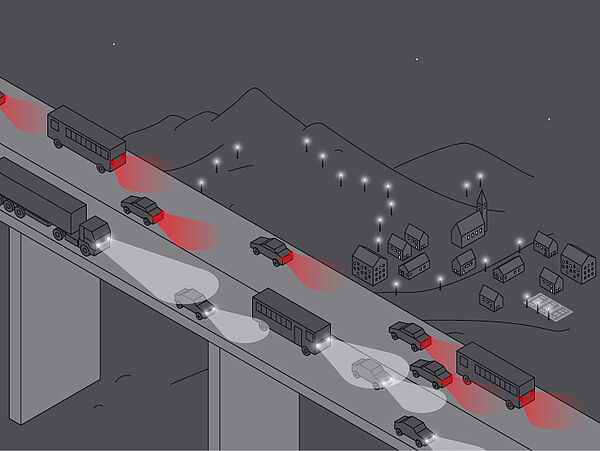 A good 150 years ago, the first bright outdoor lighting systems went into operation in European cities and later in rural areas. This development was celebrated as a great cultural achievement.

Nocturnal lighting on a large scale doubled the useable time available. With increasing industrialisation, working hours and consumption also increased and shifted increasingly to the darker half of the day. 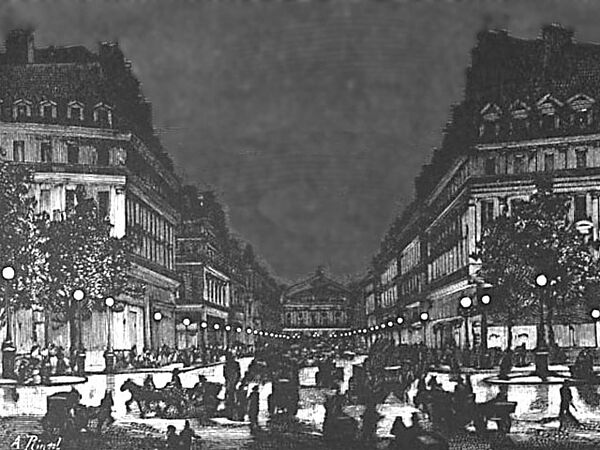 Smelly and noisy carbon arc lamps at the 1878 World Exhibition in the Avenue de l'Opera and the Place de l'Opera in Paris.

The age of electric lighting began at the end of the 19th and beginning of the 20th century. At the same time, the necessary electrical infrastructure was widely installed. 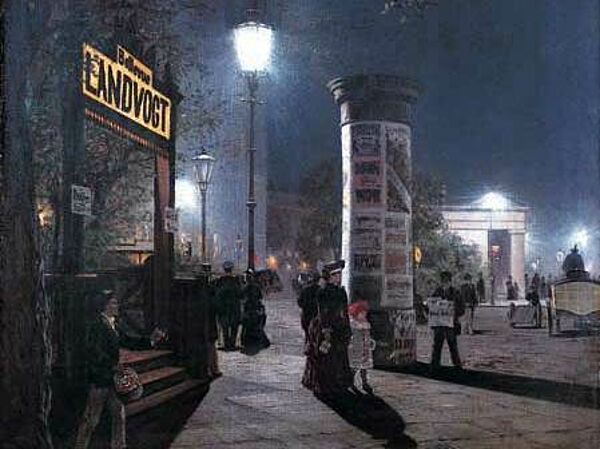 From the end of the 19th century onwards, Tyrolean towns and villages were provided with electric outdoor lighting. The “Innsbrucker Nachrichten” of 7 December 1889 reported:

Traditionally, Paris claimed to be Europe's “ville lumière”, but Berlin was determined to keep up and in 1928 launched a campaign under the motto “Berlin in the Light”.

The photo shows the view of the illuminated Brandenburger Tor with the fountain on Pariser Platz.

Since the 1930s, gas discharge lamps (low-pressure and high-pressure discharge lamps) have mainly been used for outdoor lighting. Since the turn of the millennium and especially in the last 15 years, the light emitting diode (LED) lamp has become an indispensable source of light for outdoor applications.