Astronomy is about understanding the universe as a whole, its origins and structures. In addition to scientific research and teaching at universities, astronomy also attracts numerous amateur astronomers and astrophotographers worldwide.

A sea of light washing the stars from the sky

The light pollution that shrouds cities and regions in the night causes the majority of the stars to disappear that would otherwise be visible to the naked eye. Of the approximately 3000 stars that can be observed in a dark night sky, less than a hundred are visible in a brightly lit city (often significantly less).

Big cities create a sky glow that is visible at a distance of up to 160 km.

Light pollution is now so severe that the darkest areas of Europe are twice as bright as they would be under natural conditions.

The atmosphere scatters blue light much more than red light. That is why the cloudless daytime sky is blue (Rayleigh scattering). Short-wave or blue light sources are therefore intensive light pollutants and should be avoided as far as possible.

Night skies over Mongolia, a rural area in Lower Austria and Vienna. About 200 years ago, the night sky over Vienna was no different from that in Mongolia today. 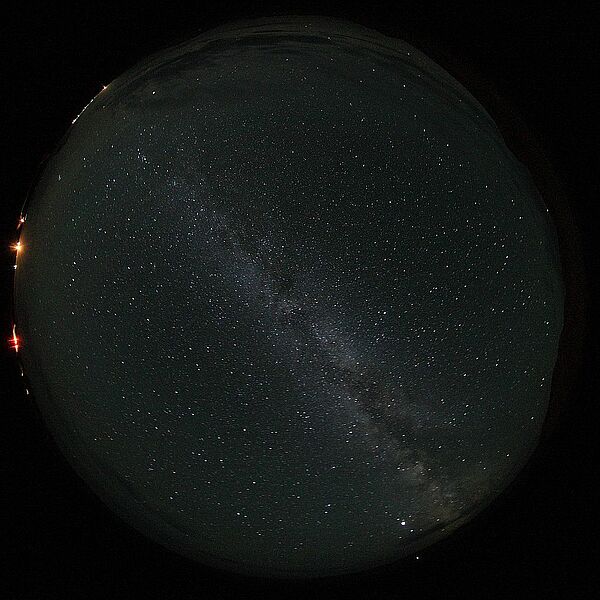 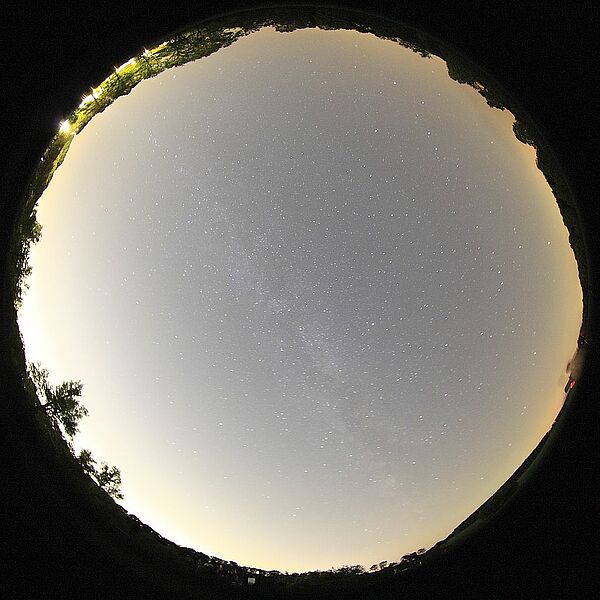 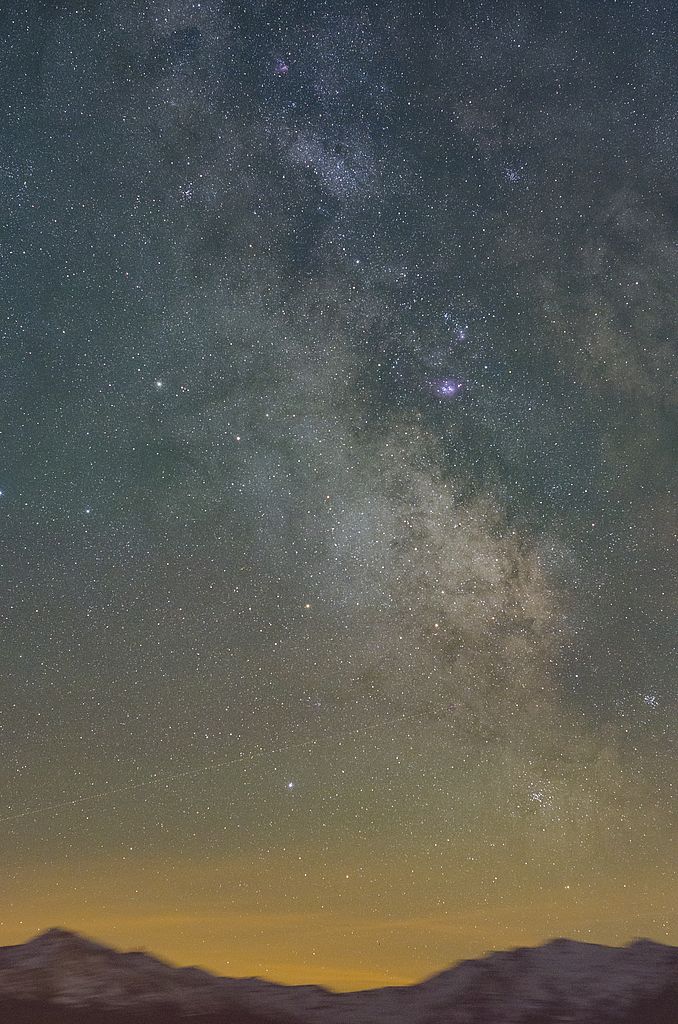 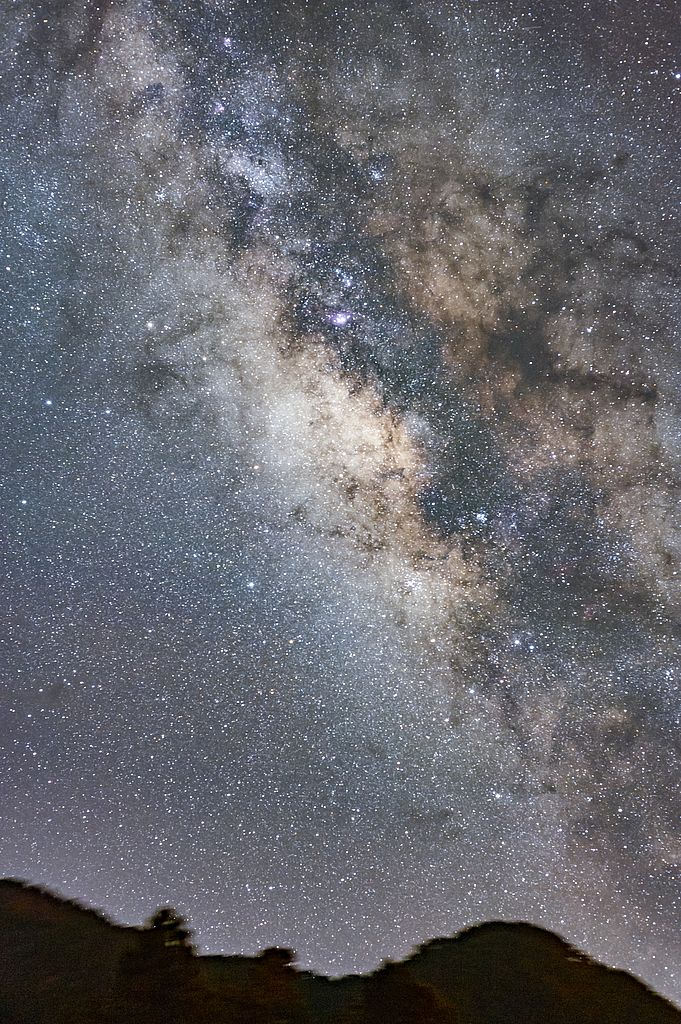 The Milky Way in the Gschnitztal in Tyrol (snowy mountains) and on La Palma, Canary Islands.
© Christoph Malin

Lost in Light - a short film on Light Pollution

The starry sky as a cultural good

The view of the starry sky is one of mankind's earliest cultural assets. Whereas it was initially used to determine the time and create calendars, the stars in the sky later came to play a prominent role for navigation at sea.

Centuries of observation of the phases of the moon and signs of the zodiac have yielded insights for planting and harvesting in agriculture and for other areas of daily life that are still valid today. 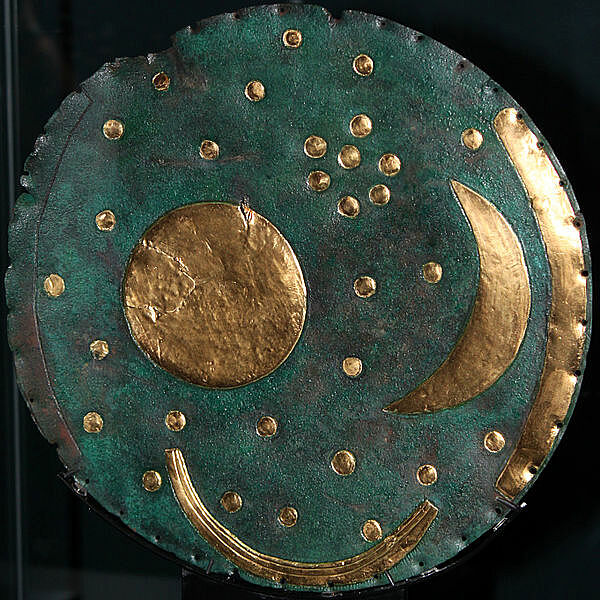 The Nebra Sky Disk is about 3700 to 4100 years old. It is a significant find from the early Bronze Age in Central Europe. It may have served as a calendar for the farming year, from preparing of the field to the final harvest.

Moreover, a view of the cosmos is always a view of our past: Many stars are thousands of light years away from the Earth, and by the time their light arrives they are already long extinct. 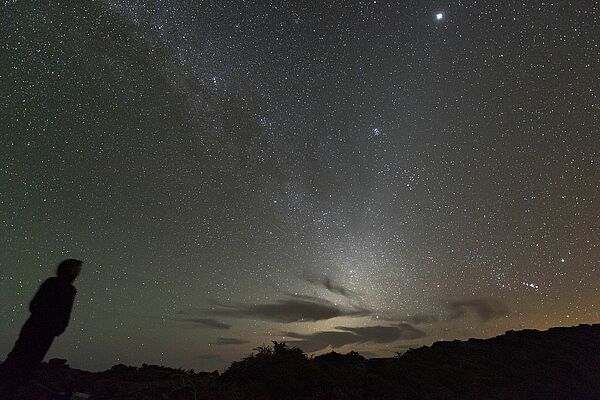 Since the advent of artificial outdoor lighting at around the end of the 19th century, light blight has made it increasingly difficult to observe the night sky. The observatories that were originally attached to the universities in the cities relocated to rural areas. The most prominent observatories were built in remote locations. The world’s biggest telescope, for example, is to be found in Chile’s Atacama Desert. Observatories permit processes to be observed in the sky that cannot be simulated in the laboratory. Professional astronomy is an important part of basic research in the field of physics.

Laws have been introduced in Chile and other countries with astronomical observatories to ensure that not more artificial light than necessary is emitted in the vicinity of such facilities.